Ethiopian-based businesses accompany each other to scale impact even further

While distributing exercise books to local school children in Ethiopia, Suleiman Shifaw was taken aback when a man with three small children approached him. He presented Suleiman with three report cards and said, “‘My kids were in the Top 10 of their class. And you know what? If it wasn't for you, I wouldn't be able to send all of them to school.’”

Inspired by their experience volunteering with low-income students in Ethiopia, the business is driven by a desire to give back, and anchored in the belief that education is a child’s ticket to success.

"My father used to say to me and my siblings, 'If I put you in the middle of a desert, you can survive on your education and your wit.’ He believed in education and after he became a businessman, he went back to his community and opened a school with his money,” said Zahara.

For every notebook sold, Felek donates eight exercise books to local schools to support parents who often struggle to pay for school supplies. To date, they have donated over 61,000 exercise books, helping 1,100 students enroll, which has significantly improved regional enrollment rates.

When COVID-19 hit Ethiopia and schools began to close, Felek designed a new way to give back by transforming their printing machinery into a mask-making initiative. In March, they joined our Acumen-IKEA Social Entrepreneurship, East Africa Accelerator — a 19 week program that allows social entrepreneurs to gain hands-on guidance from IKEA professionals and Acumen advisors to scale their impact.

After pivoting from notebooks to masks, Felek planned to recreate the success of their ‘buy one, donate one’ notebook model, appearing on television and radio channels to stress the importance of wearing masks. But excitement turned to disappointment when the model struggled to gain traction in the same way. “People would buy a mask for themselves, or even 20 or 30 for their family, but they didn’t want to buy them for others. I think it was the fear of needing the money for themselves because of how unstable the economy is due to COVID,” said Zahara.

Despite the setback, Felek didn’t give up. They looked for ways to reach more customers, forging a partnership with the FDA to produce the only FDA-approved mask in Ethiopia, and began stocking their masks in large stores and pharmacies. But it was ultimately the trust they’d built with other Accelerator teams that helped them navigate unfamiliar markets. Blayne Tesfaye at TruLuv Granola, for example, had successfully stocked her products in supermarkets, and helped Felek navigate who to talk to and how to approach the conversation.

Suleiman and Zahara added that multiple Ethiopian teams were vital in providing referrals and insight into product environments previously unknown to them. Through the guidance of their IKEA coaches, they were able to rethink their ‘buy one, donate one’ mask model, and instead continue to donate masks to various charities on their own to prevent customers from feeling pressured to donate. Recently, they provided 1,500 masks to the Afar region of Ethiopia, which was hit by a devastating flood that forced 32,000 people into tightly packed shelters.

We’re all struggling right now. But it’s about asking people, ‘How can I help you, and what can we do for each other?' I realized that I have this printing press, and so I said to the teams, ‘If you guys need to get your messages out, I can help you with that.

It’s easy to get lost in the day-to-day grind of running a business. But when we take the time to pause, zoom out, review our long-term goals, and partner not just for profit, but to scale our social impact, we realize that our struggles are similar and our mission is shared. If we choose to accompany each other in good times and bad, we find the sustenance to overcome even the most unpredictable crises, and then — we all win. 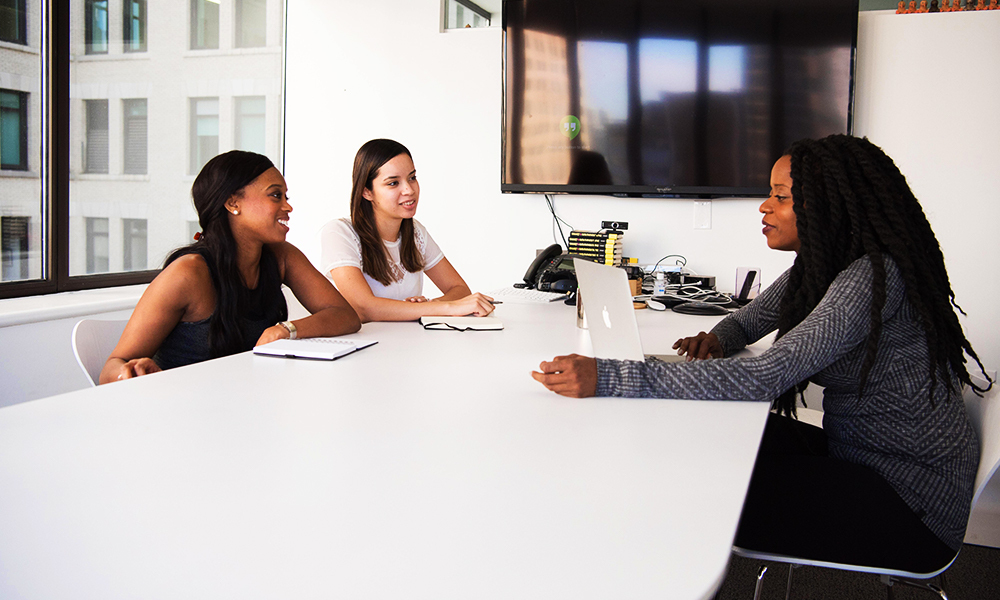 3 Lessons on Embracing Discomfort for a Better Business

Partnering for Impact: The Value in Returning to the Drawing Board

Scaling Impact: How One Social Enterprise Started by Listening

3 Lessons on Embracing Discomfort for a Better Business

Partnering for Impact: The Value in Returning to the Drawing Board

Scaling Impact: How One Social Enterprise Started by Listening